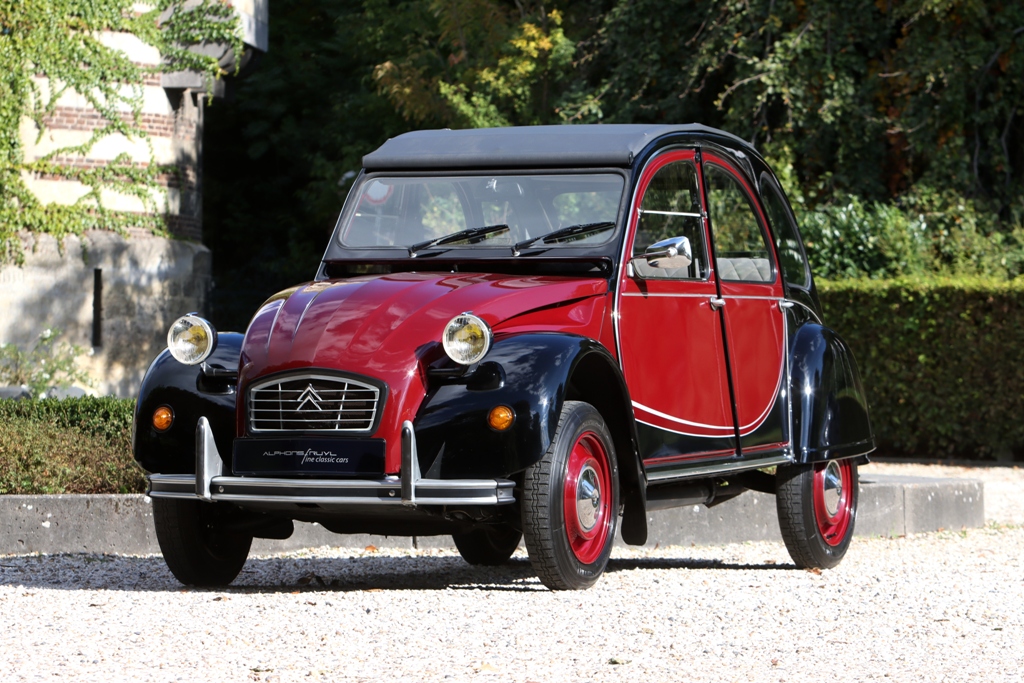 One of the last delivered Citroën 2CV Charleston coming via a detour from the first owner, a well-known architect living in Maastricht. Via a detour because Citroën dealer Geebelen in Maasmechelen didn’t want to sell their last new 2CV to the Netherlands. The now over 90-year-old architect decided to engage a friend Mr. Eurlings living in Lanaken (B) to buy the 2CV after which the registration in Holland was made. According to the original present invoice dated 25 August 1990 the selling price back then was Bfr. 224.000

In the past we were allowed to buy a Sahara and an unused, brand-new 2CV from this customer. The Charleston was initial not used at all, in 1998 only 113Km where registered as documented in the Dutch kilometer history file Nationale Autopas (from which a picture can be found in our photo gallery). As an avid Citroën 2CV enthusiast and since the 1950s 2CV driver, this Charleston was carefully maintained and since new anti-rust treated. The first tires testify the very low mileage of only 14.106Km. Except for the engine hood in factory paint, absolutely accident-free. All stickers and stamps, applied by the factory, are still clearly visible and present.