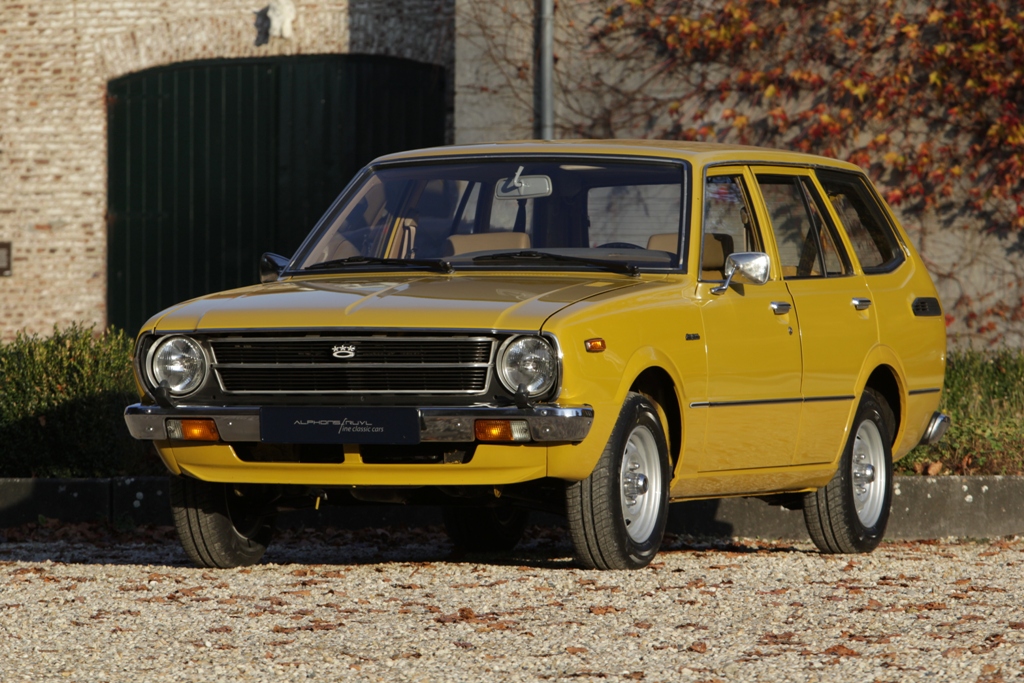 My Toyota is fantastic: the advertising slogan of the Japanese brand Toyota, which emerged strongly in the 1970s. The reliability was already known and proven then; rust could be the only problem. This Corolla Wagon, newly delivered in Sweden, has withstood the time almost completely unscathed, partly due to a from new on applied Dinitrol anti-rust treatment. Still largely in factory paint, almost spotless interior with minor damage on top of the dashboard and two minimal updated spots on the driver’s seat.

Completely disappeared from the streets, probably not to be found again in this condition. Simple, fantastic.