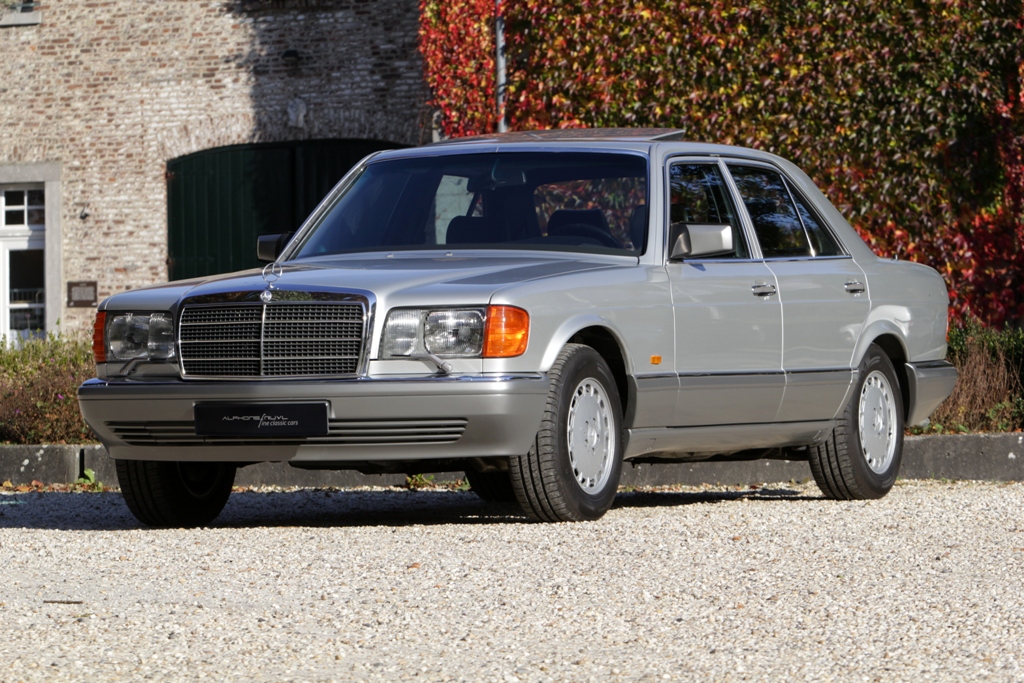 A rare 560 SE “kurzer Radstand” from the first Italian owner. Newly delivered by Mercedes dealer Auto la Rotonda S.p.a in Firenze to Professor Manfred Fanfani, born in 1922. After his death, the Libretto was transferred to his research clinic in 2017 and has not been used since.

The chassis, the interior clearly reflect the low mileage, the paintwork however did not. When purchased, both sides had already been repaired and repainted in a very poor manner. The Professor, already of age when purchased in 1989, had clearly suffered parking damages here and there. Some scratches on the first paint engine hood and boot lid, a telephone antenna on the roof and again grazing marks on both sides were the reason for a complete repaint. The result, an immaculate 560SE.

Equipped with the following options

After the long period of standstill extensively maintained, more than € 8.000, — were spent on a major service.

At the time, the top model of the S-class, introduced at the Paris Motor Show in 1989. With a production number of only 1.252 units, a unique opportunity in today’s market.