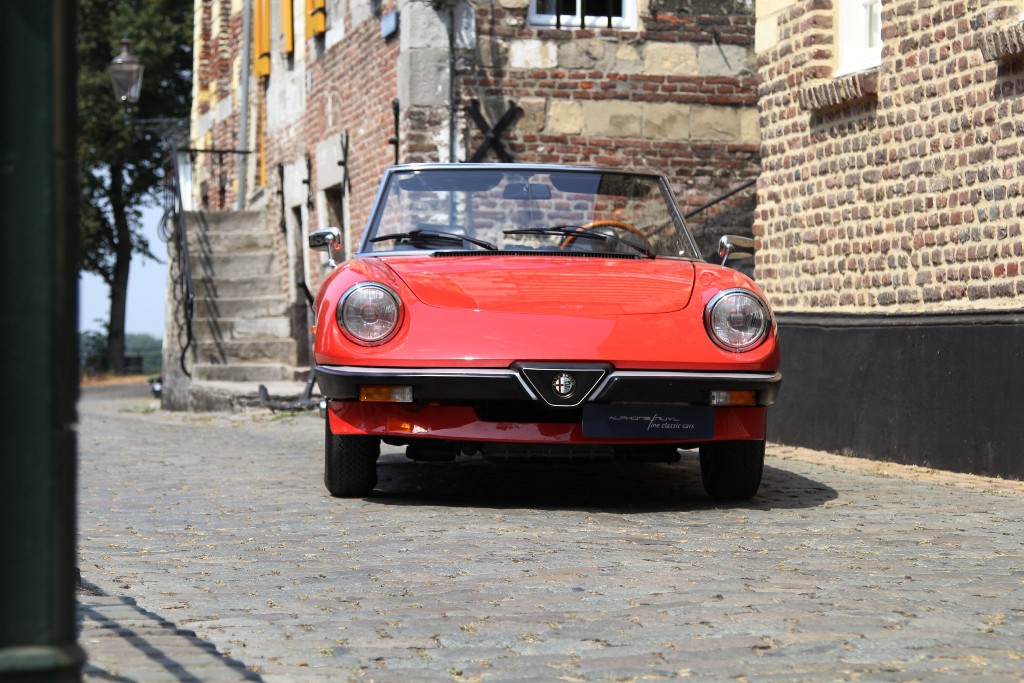 Almost unbelieveable, a rust-free Alfa Romeo Spider from 1985 in completely original condition and with no exceptions in the factory paint. Provided from new on with an extensive tectyl treatment in every corner and side, chassis, bottom, engine and trunk compartment , which I’ve never witnessed before. Despite a very extensive cleaning, the professional cleaned floor panels and chassis, still shows traces of the Wax threatment (see our extensive photo report).

Newly delivered in Germany to Seniore L. Madonna which, according to the German Fahrzeugbrief, canceled the Spider every winter. In the period from 27-02-1989 until the cancellation on 19-04-1993 in possession of the 2nd. German owner. After a Belgian ownership the Car was on 21-08-1998 finally imported in the Netherlands. This last owner delivered the Spider to a Dutch dealer in August 2006, where the car was parked in a corner until recently.

A Pininfarina Spider in its first paint with only minimal traces of use. Beautiful interior with perfect carpets and undamaged dashboard. Still equipped with the first, very presentable convertible top.