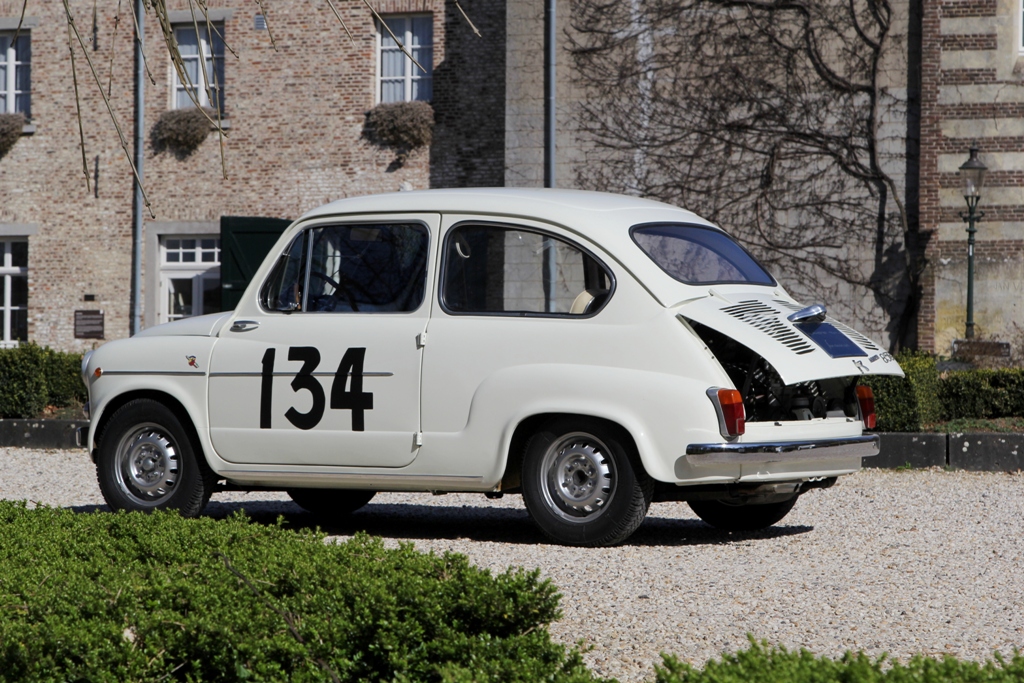 An original, matching numbers Fiat 600 / D Abarth 850TC with a fully documented history. Newly delivered on 30.01.1962 by Autocommissionaria Pratense, a then official Alfa Romeo and Fiat dealer in Prato (I) to Sr. Bini Bruno.

Sr. Bruno sold the Abarth on June 20th, 1963, through the supplying dealer, to Sr. Giardi Roberto, a passionate racing enthusiast and tire dealer also from Prato. On June 14th, 1963 he participated with the Abarth at the hill climb Cronoscalata Trento – Bondone in the class up to 850cc, organized by the Automobil club Trento. The seal with the start number 134 on the steering column, the approval sticker under the dashboard are both still present. Newspaper articles from July 1963 and the magazine Auto Italiana edition August 1963 in which the performance, start number, name of the drivers (also from our Abarth) are listed available.

In the same year (1963), the Abarth was sold to Sr. Dante Santetti. After his death in 2009, the car remained in the possession of the Santetti family until 2017. Recently purchased by us from the 4. Owner who had the bodywork partially restored and the technique including the engine overhauled.

A unique 850TC with a great, from new on documented history including the original Libretto and instruction book.