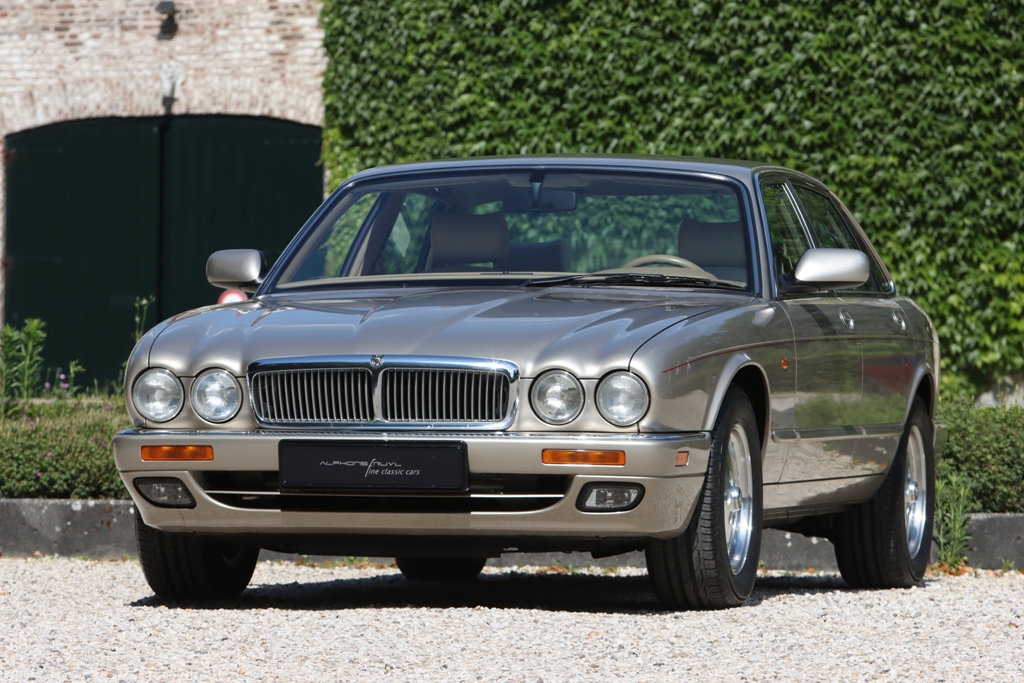 Elegant Jaguar XJ6 from the first Belgian owner in impeccable condition. Newly delivered by the then Jaguar dealer Thaens N.V from Hasselt to Mr. Melis. Paintwork and interior can be called absolutely spotless. Chassis and undercarriage, only slightly cleaned, clearly show that the XJ was not used during in winter periods. The mileage can be tracked annually between 1998 and 2016 and verifiable, from 2016, after the death of the first owner, it has not been used and has been garaged as before.

We have just completed a major inspection including air-conditioning service, the installation of new Bridgestone tires and new shock absorbers. Our example also had the well-known problem of almost all XJ models, the sagging of the headliner. We have expanded this and had it professionally reupholstered. The binder with all booklets belonging to the car, the original Belgian registration certificate and certificate of conformity are present, as are the 2 keys with remote controls.