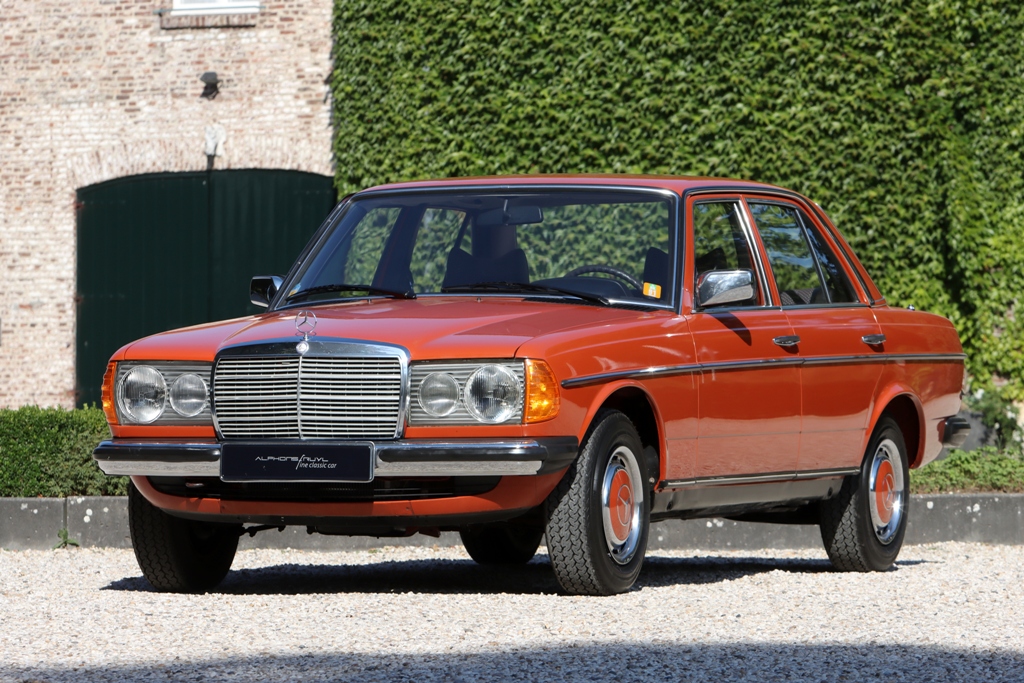 Hamburg, 06 February 1976 Herr Stanau signed the sale agreement at Daimler-Benz AG Niederlassung Hamburg for his new Mercedes 200 with trade-in of his ‘62 Ford Taunus. The only chosen option chosen where the Halogen Scheinwerfer for DM. 65, –. On March 30, 1977 it was finally time to receive the invoice and a few days later, on April 05, DM. 19.595,56 where paid. All documents such as the sales agreement and confirmation, the purchase invoice and the receipt are in the original present. Herr Stanau, born in 1936, is to this day the sole owner of this beautiful 200 on which the mileage of 112.183Km is by no means visible. In 1997 Herr Stanau decided to buy a new Mercedes, but due to a very disappointing and ridiculous trade-in price, he decided not to trade in the W123 but to park it in the shed.

Because of the more than 24 years storage we have just invested heavily in reliability. Worn parts such as exhaust, brake pads and discs, main brake and clutch cylinders, water pump, tires and shock absorbers have been replaced. A new fuel tank and radiator were also installed, carburetor overhauled. A few, on these models known critical points were repaired and, as well as the engine hood (had a minor paint damage), repainted. The other, original paintwork shows only a few minimal signs of use. Immaculate black cloth MB-tex interior, crisp white headliner, and perfect unsaved seats. Undercarriage and chassis beautifully preserved and absolutely rust free.

A W123 from the first owner with a beautifully documented history from the first production year in a fantastic color scheme and excellent condition.