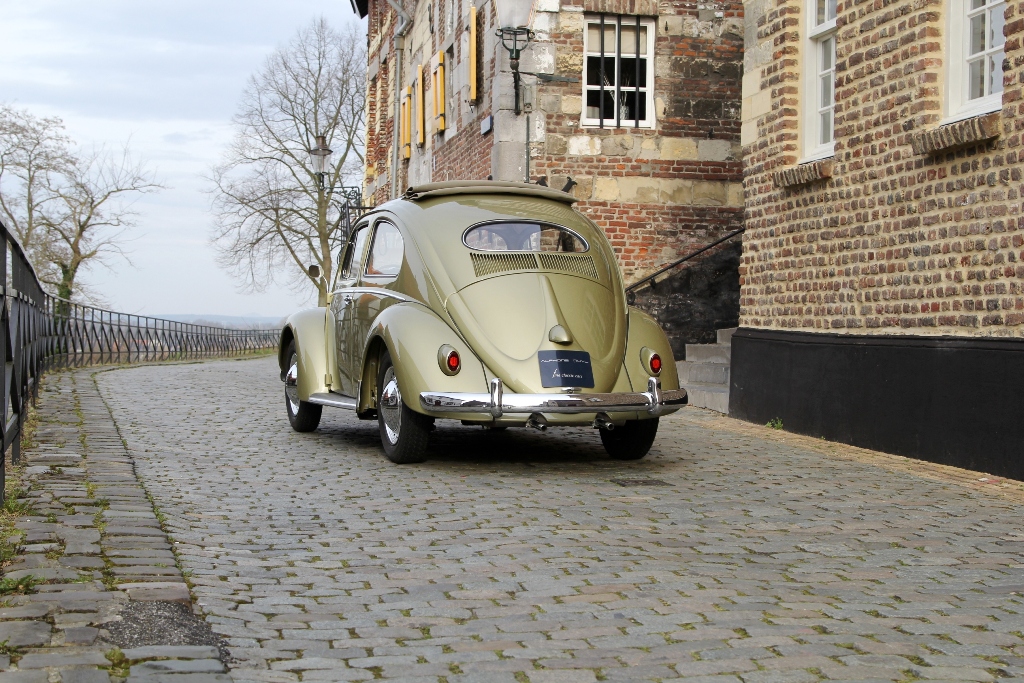 A in original color scheme, in Ahrweiler Germany to Dr. Peter Frings newly delivered Oval Beetle with the much coveted, original “Faltdach”. Owned by the fourth owner since 1966. In 1976 his son took over the car and had it professionally restored between 2001 and 2002. We recently bought the car from him. Unreinforced chassis as well as the body completely sandblasted and fitted with new fenders. Extensive photo report of the work during the restoration and several invoices on this subject present. Interior completely renewed with the correct fabric.

The original German “Papp Fahrzeugbrief” with mentions of the previous owners including their address and profession, a number of photos from the 60s and 70s as well as the original invoice of the engine that was replaced in 1970 at Volkswagen dealer Karl Mohr in Dúren are provided.