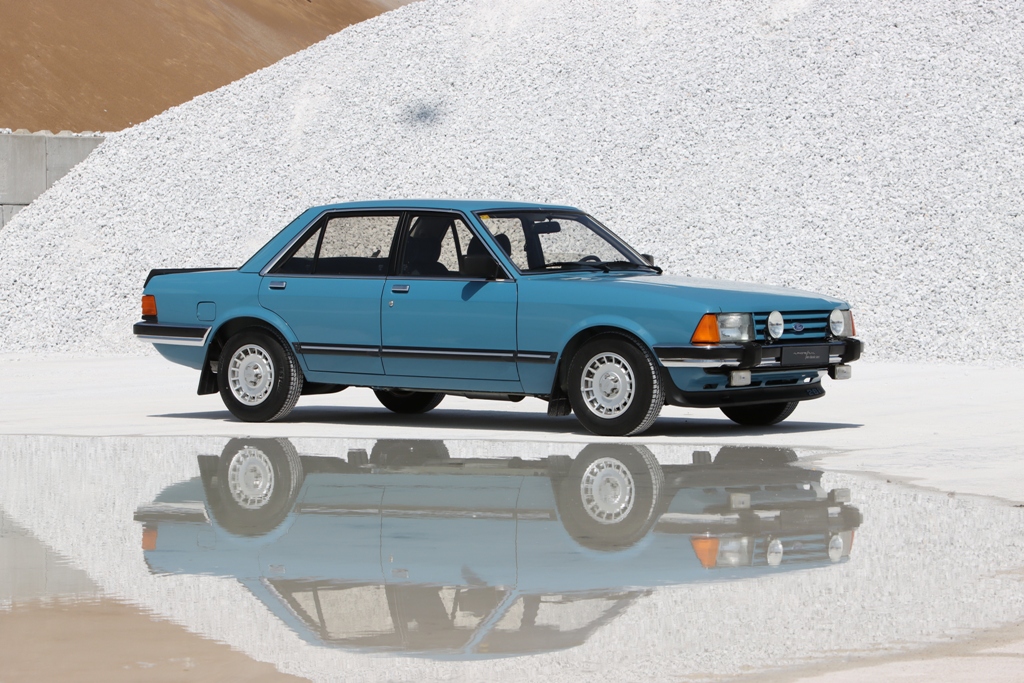 A Ford Granada 2.8 Injection in sensational color combination and in exceptionally, unrestored condition. Ford’s answer to the sporty BMW 528i and the elegant Mercedes 280E W123. Newly delivered in Castellon Spain by Ford dealer Luis Prades. Unfortunately, in terms of history, hardly documented, registered in the Netherlands since June 2021.

With the exception of the right front door in the factory paint, which, apart from some minor touched up damages, shows hardly any signs of use. The interior can be called immaculate to say the least, the velour shows neither signs of use nor burn holes or other damages. Fortunately, the door panels have been spared of the usual retrofitted loudspeakers. We have simply cleaned the chassis and complete undercarriage, which also clearly reflect the mileage of only 40.738Km. The trunk with unused spare wheel could be labeled as unused. Technically fully prepared in the Netherlands and perfectly functioning.

An incomparable, irreplaceable example. Pricewise, for a Granada in general, clearly one of the most expensive on the current market. It should be noted that A: the previously mentioned models of the competing brands, if already available in this condition, are considerably more expensive, B: no comparable Granada has been found by us on the net.