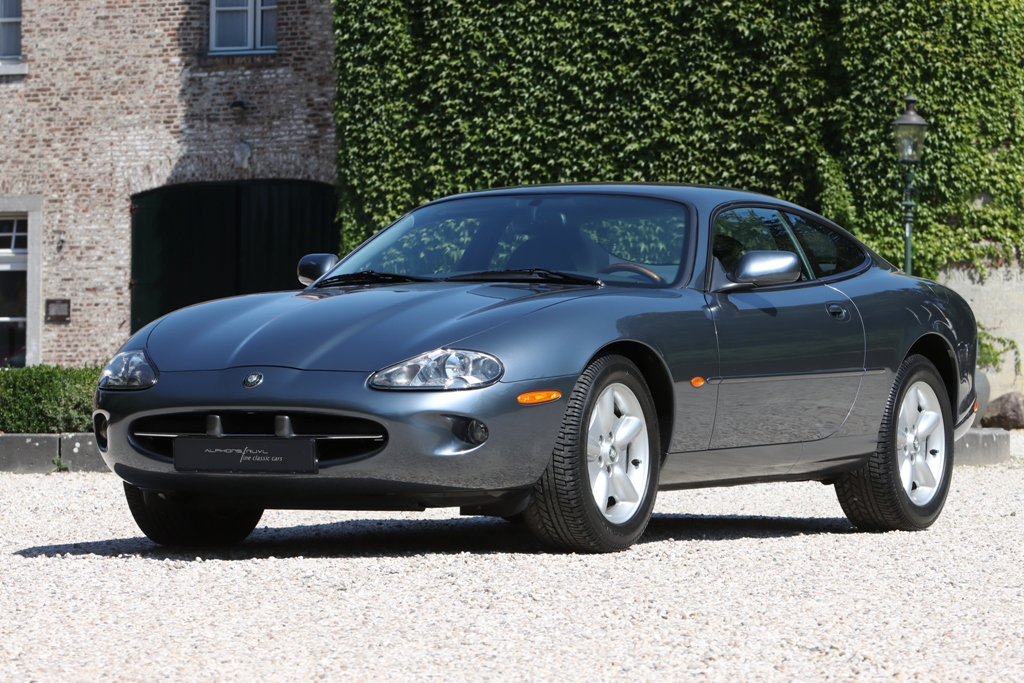 In the autumn of 1996 Jaguar presented their new Gran Turismo XK8 Coupé, a very elegant model with styling elements based on the E-Type. Our example, in tasteful and rare color combination, was newly delivered by Royal Motors Kempen in Köln (D) to Herr. Wüst. A copy of the order dated 09-10-1996 and the purchase invoice, showing the retail price of DM. 118.820, — are present. Herr Wüst hardly used the XK8 and traded it in June 2003 at Royal Motors Kempen. Shortly afterwards, in September 2003 with a mileage of only 12.512Km, the car was sold to its second owner, the life insurance company Gruel in Essen. Herr Gruel deregistered the car shortly afterwards, to be precise on 12/16/2003. In May 2004 the car was towed due to a defective battery, the last trip was made by Herr Gruel with a “Kürzkennzeichen”. After a period of more than 9 years in storage, the Jaguar found its way to the Netherlands where we bought it from an enthusiast/collector last summer.

To date, the Coupe is in an exceptional, original condition. The first tires, which emphasize the low mileage, are still mounted. The paintwork is completely original and almost without damage. A small paint damage on the left door was touched up, a minimal trace of possibly a liquid can be noticed on the right rear side panel. The entire interior with burl wood applications is exactly as one would expect with a car with this mileage, immaculate. Undercarriage and chassis, detailed shown in our photo report, are free of oxidation.

The history is beautifully documented from the day of the order. The following dates and odometer readings are derived from this documentation:

Given the mileage, condition and history, it is unrivaled on the current market.